Where do homoeopathic remedies come from?or Where have all the oysters gone… 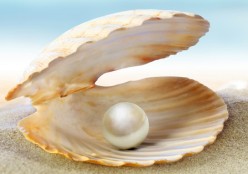 no oysters in this either…

So, where do homoeopathic remedies “come from”? The answers given by so many are frequently mumbled and mangled, resembling the answers given to the classic question asked by children about the origin of the species.

One patient, very concerned, called the homoeopathic pharmacy to ask where his remedy (Calcarea Carbonica) came from.

“It’s got oysters in it…” was the laconic – and disturbingly incorrect – answer.

The patient, was understandably disappointed with the reply, especially since he wanted vegan only.

But principles aside, where do homoeopathic remedies come from? Let’s take, as an example, the above much maligned oyster shell in question. Yes, actually oyster shell, not oyster. But I’m being pedantic.

In order to turn oyster shell into a potentized homoeopathic remedy, the following happens:

ONE GRAIN taken from a broken piece of oyster shell,  is triturated for an hour with 100 grains of milk sugar. What’s “triturated?” I hear some honest souls ask, apart from the rest of you who decide to tough it out and read on.

Triturated means basically being pounded with pestle and mortar within an inch – or in this case probably a fraction of a millimetre – of its life. For an hour. Every 10 minutes is divided into 6 minutes of pounding and 4 minutes of scraping. Call me pedantic? I’m a mere beginner – Hahnemann, founder of homoeopathy, was the master….

After one hour, ONE GRAIN of the resulting powder is mixed with 100 new grains of milk sugar. This is again pounded for an hour. With the same pounding and scraping routine.

And one hour later, when perhaps you thought perhaps that we were done – guess what? ONE GRAIN of the resulting powder is pounded with yet another 100 new grains of milk sugar. For an hour. Complete with pounding and scraping routine.

The fond but distant, and somewhat battered memory of one grain of oyster shell is now a potentized homoeopathic remedy, labelled Calcarea Carbonica 3C, energized and activated through the trituration process. And in the words of a song which probably no-one else remembers… “We’ve only just begun…”

Here endeth the trituration… but here beginneth the succussion.

Another homoeopathy word. Succussion means shaking with a sharp downward motion, usually banging the test tube on a book or padded bench. What’s in the test tube? 1 grain of our Calcarea Carbonica 3C (fond but distant memory of an oyster shell) – and 99 drops of alcohol, or an alcohol/water mix. This is succussed ten times. The dilution and succussion bring the remedy up to a potency – which doesn’t quite mean “strength” but “strength” will do for now – of 4C. By the time this has been done another 26 times to get the most commonly used potency of 30C – the expression “fond but distant memory” seems to be somewhat of an exaggeration.

The sheer amount of energy in terms of grinding and liquid friction which goes into the preparation of each remedy is astounding, and must be taken into account as a physical input in the preparation process.

Sceptics challenged Hahnemann, sneering that if substances so highly diluted could be used for remedies, one small amount could be thrown into Lake Geneva and turn the entire body of water into a homoeopathic remedy, a remedy even stronger because of the high degree of dilution, they said. Ah, retorted the good doctor, you’re forgetting about the trituration and succussion… Lake Geneva would probably have to be visited by a very foreign and highly organized tsunami (my suggestion, not Hahnemann’s) in order for anything near potentization to take place and a remedy to result.

So Calcarea Carbonica has oysters in it. Yeah, right…

One comment on “Where do homoeopathic remedies come from?or Where have all the oysters gone…”

This site uses Akismet to reduce spam. Learn how your comment data is processed.

Please do not reproduce or publish any of the material in this site without my consent.
%d bloggers like this: