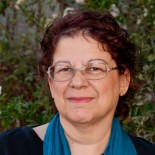 Homoeopathy says no to drugs

Homoeopathy says no to drugs

Not exactly, but you’ll admit it’s a catchy title.

I’m often asked whether homoeopathy can be used alongside conventional drugs. The answer is no… and yes….

It’s really a matter of geography. For the homoeopath, conventional drugging is foreign territory. For the medical doctor, homoeopathy is all too frequently roughly the equivalent of outer space.

When we prescribe a homoeopathic remedy, we know what we’re working to achieve. We’re aiming at cure through an up close and personal discussion with the immune system.

The human organism is a self-regulating miracle, which can handle many of the challenges put in its way. Most people who get sick can get better without any external help. The body is set up to handle most illnesses, heal most injuries (with the help of the occasional splint or bandage), in ways that have in part been mapped by scientists – although many of those healing mechanisms remain unknown.

The state of the human organism can be compared to a pendulum, which can maintain a set range of motion, and if nudged slightly out of swing will eventually return to its path, will self-correct. This is why many homoeopaths (and also many self-respecting conventional physicians, by the way) will disappoint those coming with a cold or basic case of flu, telling them to go home and rest and let the body do what it does so well.

The problem is if the organism is pushed way beyond its scope of self-repair, at which point it needs help. If the cold gets worse, the bed rest doesn’t help, the self-healing process isn’t happening. Homoeopaths know that with minute potentized doses, gently pushing the pendulum back towards its regular path, the normal range is restored, and a learning process has taken place improving the body’s knowledge of the trauma it has experienced and how to deal with it. When we give remedies we look for evidence of that process, and manage the case accordingly. Sadly, many in the conventional world view this process as nonsensical, irrelevant, potentially criminal, and for some equivalent to believing in clinics set up by aliens in orbiting spaceships.

Conventional drugging forces solutions on the body, drying up the wet, moistening the dry, bringing down blood pressure, changing serotonin uptake – without addressing either root causes or the body’s self-repair abilities. Nothing has been learned, nothing achieved. A solution has been forced on the system, and beyond the more obvious side effects, the drugging impacts on many parts of the body beyond the part it ostensibly was sent in to correct. Physicians themselves have been known to compare some of the drugging to using a sledgehammer to kill an ant. It’s a bit like changing a small section of computer code without realizing that the changed section has impacted on the entire program. The world of allopathic drugs is foreign territory governed by foreign rules, unnatural terrain for homoeopaths. This is especially true with drugs whose sole objective is to depress the body’s own self-repair mechanisms, such as in auto-immune diseases or cancers.

There are medical doctors who believe they can practice a mixture of conventional medicine (allopathy) and homoeopathy. By doing so they injure the best of both worlds of medicine – and I do believe allopathy has a “best”, especially where emergency medicine is concerned. The founder of homoeopathy, Samuel Hahnemann, had some very choice words for such practitioners 200 years ago, calling them “mongrel homoeopaths,” and accusing them of betraying medical principles for financial gain or to pander to local medical authorities in order to gain advancement. Ultimately the objective of homoeopathy is to cure, not to palliate, and the prescribing principle and entire logic of homoeopathic practice is based on that objective.   This is why treating  side effects while the patient is still taking the drug causing those side effects is so problematic, in that it is beyond the logic of homoeopathic prescribing.  Somewhat like trying to save a patient who has swallowed cleaning fluid while he’s still sucking on the bottle.

Sometimes patients would like to “let go of the bottle…” They have been taking conventional medicines for a while and want to come off them, whether because of side effects, addiction, or that they simply are not working.

Many conventional drugs set up forms of dependence in the body, some deeply ingrained, some psychological. Where the practitioner from the foreign country (allopathy) is willing monitor the process and help wean the patient off the drug – we can get to work. As the patient gradually reduces dose while taking the homoeopathic medicine, monitoring goes on to ensure that all bases are covered.

Ultimately, if treatment is successful, the patient tapers off the conventional drug while taking homoeopathic remedies for the original condition. Then as the homoeopathic medicine does its work, the state of disease changes to one of cure, and the remedy is no longer needed. Under these circumstances, where the objective is to reduce the conventional drugging and to cure, we are back within the “land of homoeopathy” and can do our work.  This can be a long and occasionally frustrating process, but the terrain is mapped out, and the rules governing the case-management, the process route itself, are clear.

This site uses Akismet to reduce spam. Learn how your comment data is processed.

Please do not reproduce or publish any of the material in this site without my consent.
%d bloggers like this: